PTI leading change in Pakistan hardly got mandate to form government in only KPK. Recently when a reporter of daily Nai Bath Peshawar Muhammad Naeem was beaten and tortured by KPK police in assembly secretariat provincial government of KPK is under the great pressure and criticism of journalist's community and civil society activists for not giving due space to free and fair media. The PTI leaders are blamed for not giving information to main stream media and rather publishing the news first on their social media.
Journalists and civil society activist also blame PTI worker for abusing those who oppose their political stands. Social and political analysts declare this trend as very harmful to the democratic culture and social norms to keep the society tolerant and prosperous with positive criticism and tolerance for other's opinion.
Here is the column published in daily Nai Bath Peshawar about the violence on Muhammad Naeem. 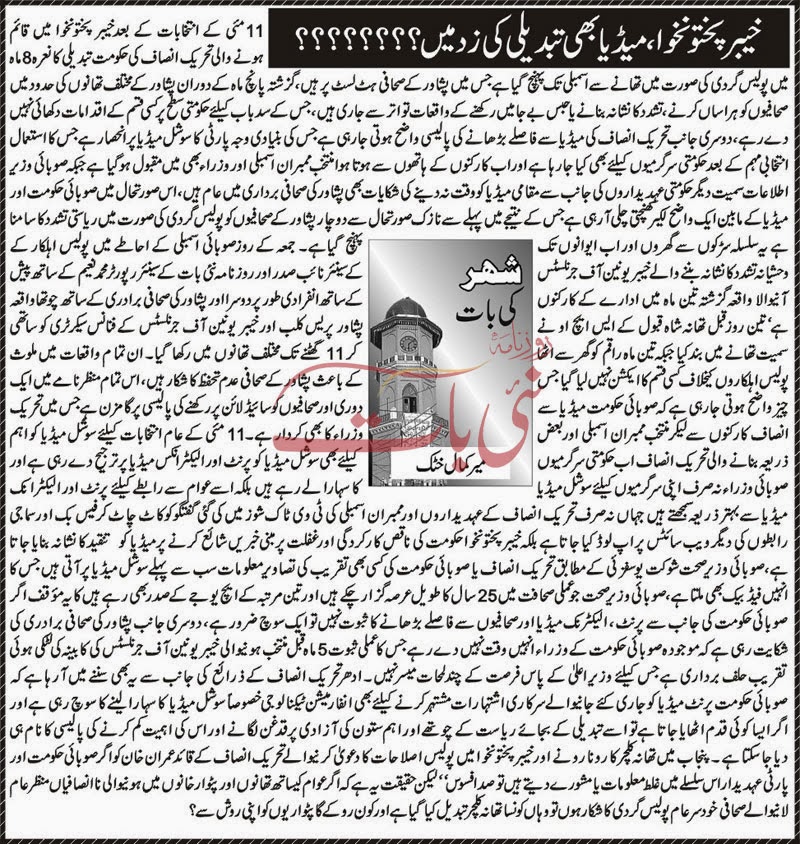 The article written by Mir Kamal Khattak about KPK Government performance in Daily Nai Baath.
at 2:00:00 AM