Prime minister of Pakistan Mian Nawaz Sharif became doctor when he was awarded by GC university Lahore as honorary doctorate degree for his services for nation.

He was given this degree in 12th connovacaion of GC Lahoor University Today where he addressed and joked with students by saying he was awarded the degrees by the Challenger with demand of 9 billion rupees as donation to the University.
He said that he did not know he has given the degree or he bought it by paying 9 billions which made the students laughed at the occasion. 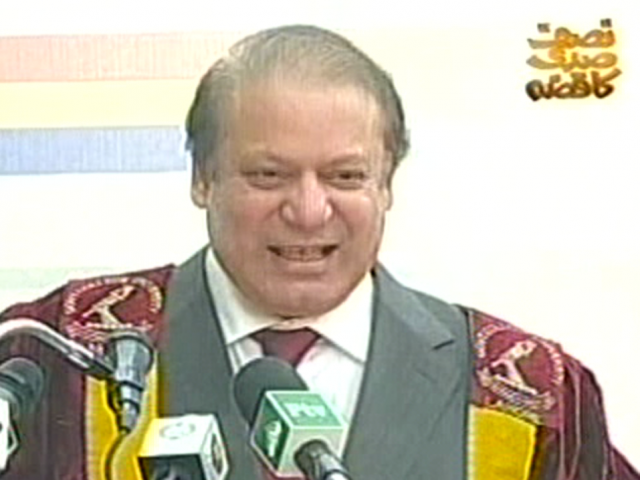 Mian Nawaz sharif once been student in GC university Lahoor back in 70s when he acquired his scholar degree in economics.
Pashto Times with Him all the best to do more for his country and people in coming days.
at 1:58:00 PM