Here you can watch the live transition of the celebration of MORO ISLAMIC LIBERATION FRONT getting independent state for Muslims in Philippines.
The New Muslim State came into being after a long struggle of Philippines Muslims which left thousands of people victims of violence will be called Bangsamoro .
The accord or deal is considered as a land mark deal in the history of the MORO Islamic liberation Front and Philippine.
Watch live special transition by clicking the link
Bangsamoro
The New Islamic State 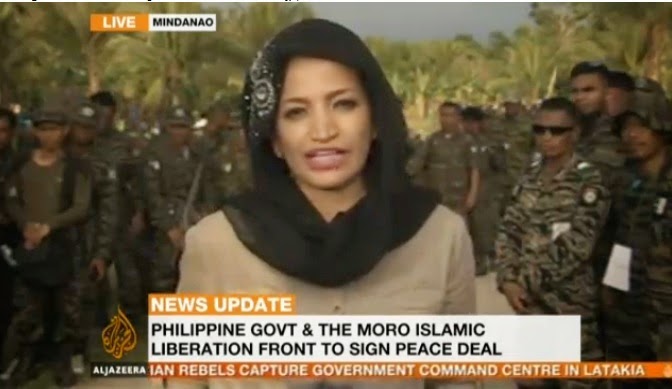 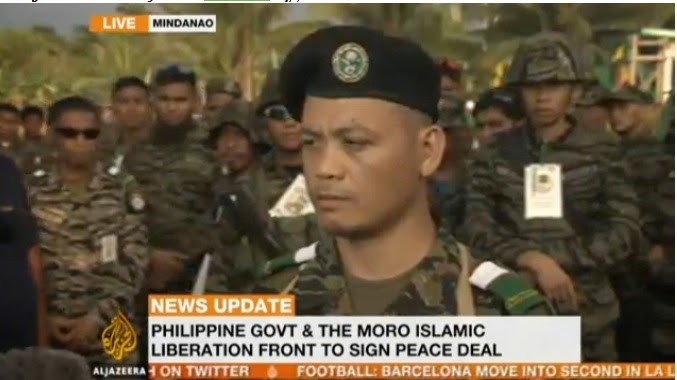 A man who was muslim fighter for Bangsamoro since he was 12 years old, he is ready to quit weapons now. 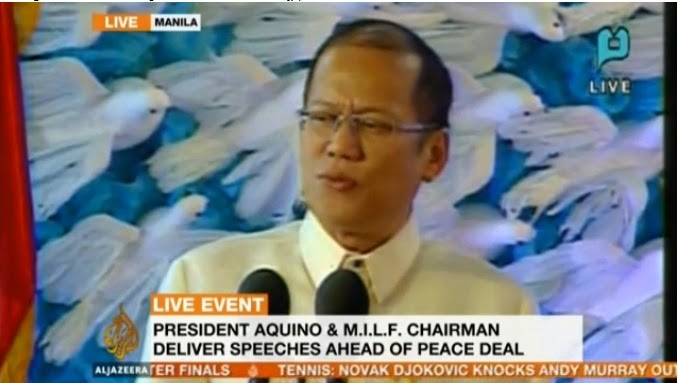 Leaders from different regions, countries and organizations are addressing the ceremony going on live.
People particularly Muslim of Philippine are really happy to have peace in their lives in future.
Najib Razaq from Malaysia is special guest in the event where the peace deal is signed. 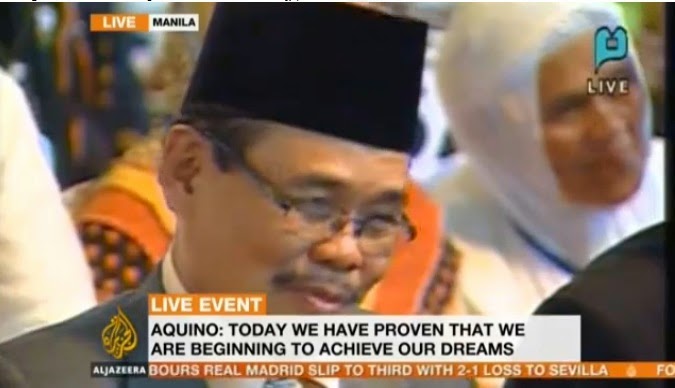 Special participation by Najib Raziq The Malaysian Prime Minister who spoke on the occasion.
at 2:07:00 PM