Breaking news.
In a verdict Pakistan Supreme court special bench indicted ex army chief and president Pervaiz Musharraf in treason case.
Reports say the former president have rejected all the charges Pakistan Government and Supreme court leveled against him in treason case under article 6 of 1973 constitution of Pakistan. He is charged for imposing emergency in the country back in 2007 while removing then CJ Iftikhar Muhammad Choudry from his post and banning different TV channels and media organizations from operating to report the exact situation and inform the masses.
In apprearance in the SC General Retired Musharaf Says while denying all the charges " Whatever I did I did for the sake of country and its people. I am very said that I m being called traitor while I served for more than 30 years in the service of country.
Interestingly the ex senator of Pakistan representing MQM Mr. Dr. Farogh Nasim is the lawyer of General Retired Pervaiz Mushaf in the treason case. In the hearing he argued that his client should not be indicted of treason yet the course disdained his arguments and indicted Musharaf as traitor of the constitution. 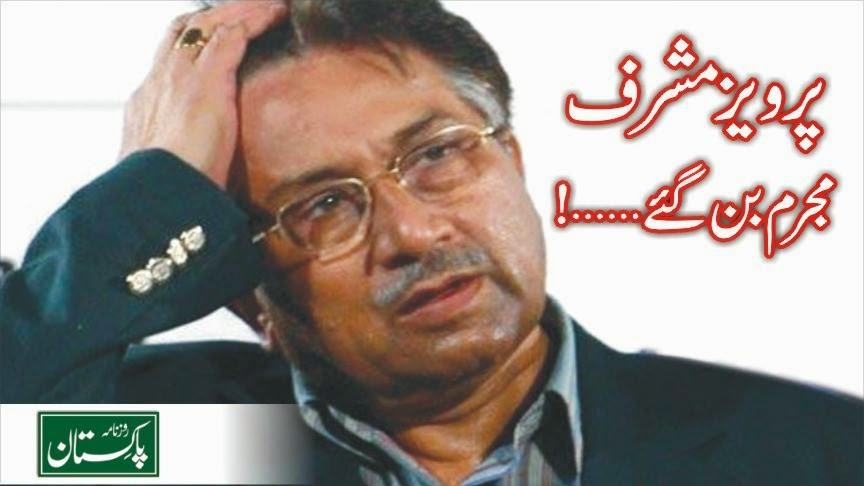 There are mixed reactions from different walks of life and particularlry form political layers. One of social media popular facebook page Pakistan Punch writes while updating its status on the issue "Pakistan makes another history. For the first time trial against a dictator brought him to face charges in court. It is a victory for all those who refused to bow against dictatorship, struggled and sacrificed to uphold the cause of rule of law in Pakistan. Mush still showed his contempt for law and cowardice by trying to escape appearances. If Mush had shown courage to appear on first call, he would have saved personal embarrassment and millions of rupees. But if he was so wise, why would he impose emergency in the first place".
at 11:34:00 AM