Who is Najam Sehti by Mirza Aslam Baig..

Who is Najim Sehti?. Ex Pakistan chief of Army Staff General retired Mirza Aslam Baig tells about him.   He told in a interview with express news that Najam Sehhti was migrated from India in 1963 and in 1974 he was commander of Baluchistan brigade when Chakar movement of Baluch rebellions  was known to be existed there for which all funding was raised by Najam Sehti then. Bach in 1998, when Mian Nawaz Sharif's government arrested Hussain Haqani and Najam sehti for anti state activities, the US congress intervened and made both of them released by Mian Nawaz Sharif. 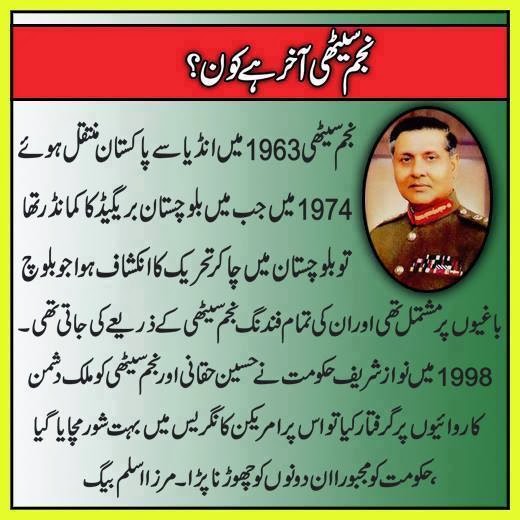 Watch the detailed interview of Mirza Aslam Baig on Express News TV here in the below video link.