Ceasefire by Taliban to be ended.

Report by Nai Bath Peshawar reveals that Taliban are under huge pressure by four like minded militant wings to end peace talks and start action against government.
The Taliban leaders are also not satisfied from Government attitude shown during the peace talks.
The four major groups of Taliban who oppose peace talks and prefer to be in war with state are Jandullah, Ansar ul Mujahideen, Aseer Ul Mujahideen and Lashkar Jangvi Pakistan. The representative of these taliban organizations have informed Commander Khalid Haqani about their grievances and willingness to combat.
However the Taliban Negotiator Yousaf Shah hoped that Taliban will do positive in today,s Shura Meeting to be conducted in unknown place probably in South Wazirisatan. 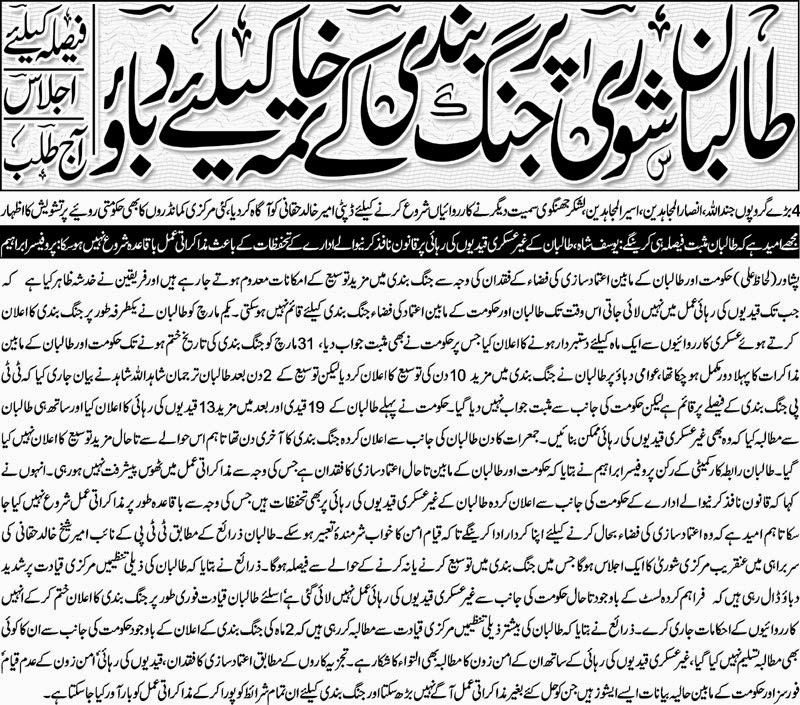 This is the story of the day and the latest  development of the peace talks between government and Taliban in Pakistan.
at 9:47:00 AM