Across the Afghanistan today voter came to polling stations to cast their votes and the counting is going on according to independent election commission of Afghanistan. 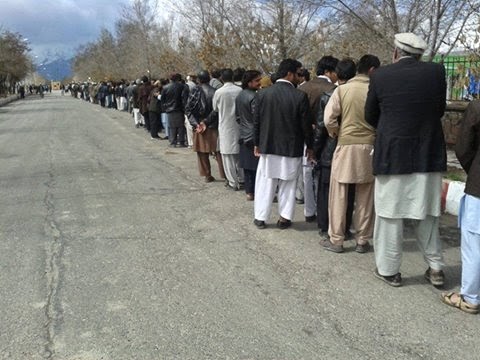 Voters in Maidan Wardag or Maidan Wardak District in Afghanistan queue up to cast their votes.
The surveys conducted by different media organizations and reports from different polling stations in different provinces show that Dr. Ashraf Ghani is leading all the other candidates like Hidayat Amin Arsala, Ustad Abdur Rab Siyaaf, Zalmay Rasool, Gul Agha Sherzai ( Nick name Bulldozer ) and of course Dr. Abdullah Abdullah once again going to be defeated.
Dr. Ashraf Ghani Ahmad Zai belongs to the Pashto Tribe Ahmad Zai mostly live in the south of the country.
The enlightened, experienced, modernly educated and man of high commitment Dr. Ashraf Ghani is taking lead mostly mostly among Pashtoon voters that show he would be wining at the end of the day as Pashtoons are the people dominating Afghanistan ethnically. 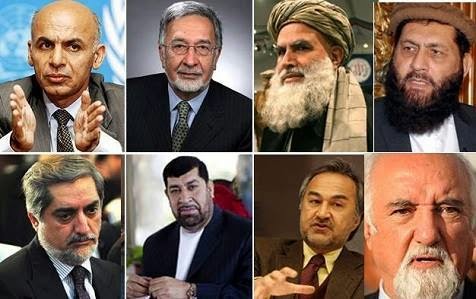 The survey conducted on Mashaal Radio/ Radio Free Europe on its Face Book Page revealed that Most of young Voters in Afghanistan voted for Dr. Ashraf Ghani in today,s presidential elections.
Here are the few screen shots of the survey which shows the votes particularly young Afghan voting trend in Afghanistan. 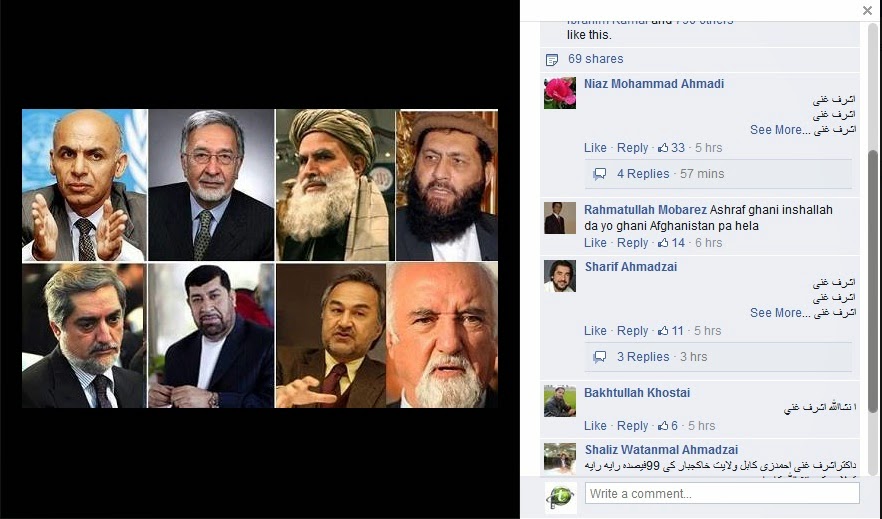 About 3000 Face Book Users from different parts of Afghanistan commented in the survey out of which 90 percent expressed hope that Ashraf ghani would be the president of the war torn country. It means they have voted for him or heard people have voted him to entrust him as president.
So Pashto Times congratulate Dr. Ashraf Ghani as New Afghan President though the official results yet to be announced in the next week which will stamp the lose of Abdullah Abdullah for second run in the presidential elections. 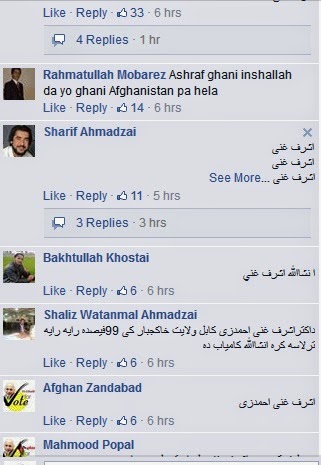 Be with Pashto Times to be updated about the updates from Afghanistan, Pakistan and around the world.
at 12:59:00 AM