The day remained peaceful with no major incident of killing, injuries or bomb blasts.
The Polling Time was extended by One hour as there were a lot of voters to cast votes in the presidential elections held in Afghanistan today from 8.00 AM to 6 PM. 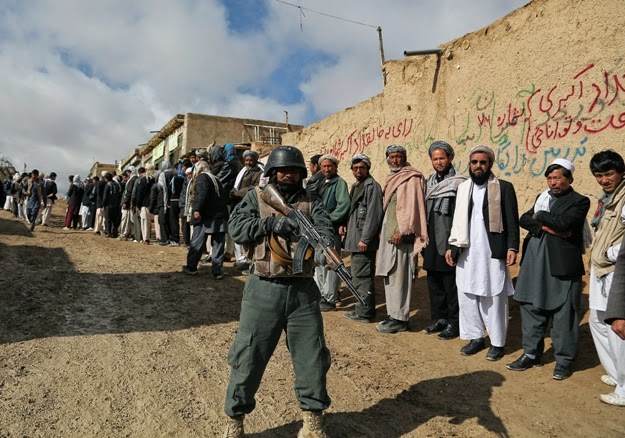 Observers from different national and international organizations declared the election process very peaceful, fair and just and called it a big victorious development in that war torn county.
The international community hopes that peaceful transition of the power will lead Afghanistan to a prosperous, dignified and developing nation and people rights will now be subjected to be protected.
Congrats to Afghans for peaceful and Fair elections are communicated from all around the world.
After closing of the polling the counting of votes has been started according to independent election commission of Afghanistan and the final results hopefully to be announced in a week which will decide who will be replacing Present President Hamid Karzai who ruling the county since last 10 years and was not eligible to run for third time to contest the presidential elections according to Afghan constitution. 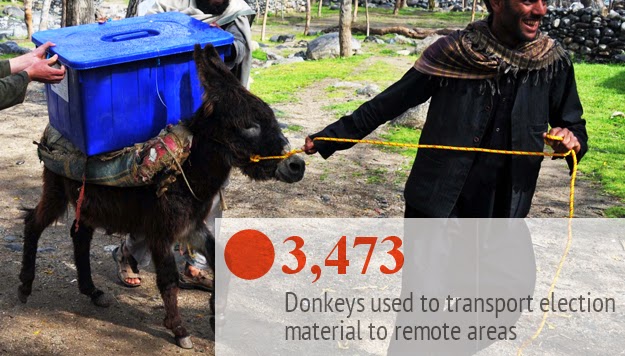 Who will be the next president of Afghanistan and how will he manage to run the affairs of the war torn county where people suffered a lot because of the unending war since last 40 years. These are the a few big questions raised not only among Afghans yet the whole international community is conerned with these very questions to be replied.
Ashraf Ghani, former world bank chief, Zalmay Rasool, the diplomat and seasoned Afghan politician and Abdullah Abdullah the ex foreign minister and vice president are the candidates considered the most contended and near to win the post.
PPP senior politician and spokesperson Mr. Farhatullah Babar expressed that the peaceful election in Afghanistan was a great achievement and would be impacting the region peace, prosperity and stability positively in the future.
at 6:39:00 PM