Rashid Latif Turned down the post of Chief Selector. 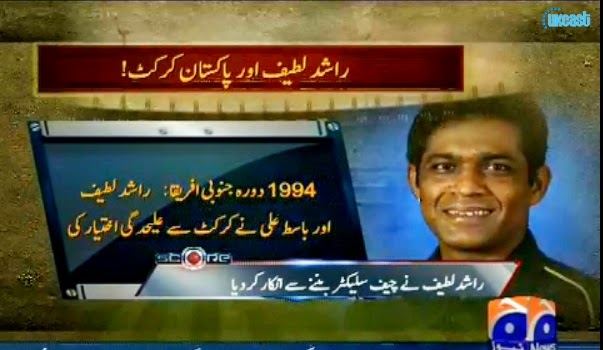 He was offered the position last month by PCB.
His appointment was announced on 26th February 2014 and he was to Replace ex Selector and former cricketer Azhar Khan.
Rashid Latif Told the media that he does,t want to be part of controversial board therefore he declined the position to resume.
Reports say that he was reached a deadlock on the inclusion of Former Test Cricketer Muhammad Yousaf in the selection committee as many of the senior players were against his induction and thus Rashid Latif decided to go out.
at 3:34:00 PM