The general elections in world biggest democracy India going to be held today. The main contending parties are Congress the founding Party of India and BJP (Baharatia Janata Party ) which is considered the most fundamentalist and biased Hindu Party lead by Moodi the alleged killers of Muslim during the Gujrat and Assam riots.
He is also considered one of the main conspirators who planned and instigated the Hindu Majority to demolish The Historic Babri Mosque.
Most of the Indian Muslims will support the Congress party for its secular and unbiased manifesto and proved pro Muslim character.
The national general elections will be completed in 7 phases for 543 Lok Sabah constituencies. 800 Millions Indian are registered voters out of 1200 Millions people in world biggest democracy having 2nd largest population in the world after China. 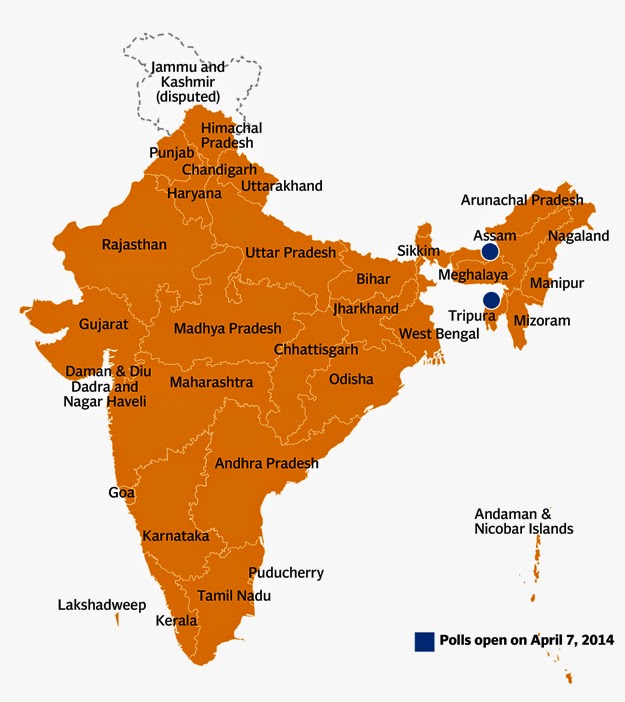