The Story just reported by Pakistani TV Dunya News referring daily Mail Of UK, that Imran khan is in UK to discuss Jamima khan and his kids about his new relation with Reham khan. 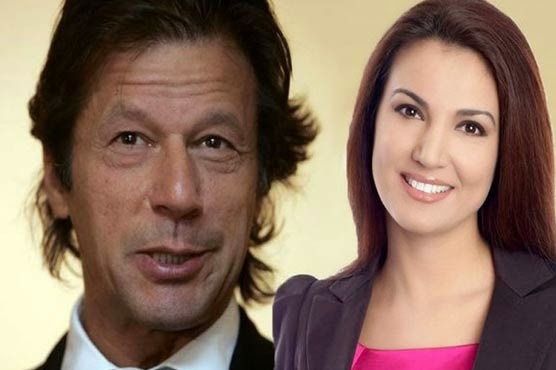 Here is the detailed story reported by Dunya News.

Pakistan Tehreek-e-Insaf (PTI) chairman Imran Khan confirmed on Tuesday the news of his nuptial with former BBC weather girl Reham Khan according to Daily Mail .
Rumours riffed in Pakistan regarding Imran Khan’s marriage when an international news agency ‘Daily Mail’ predicted Khan to be secretly hitched to former BBC weather girl Reham Khan and were termed as ‘greatly exaggerated’ in one of his twitter messages.
Speaking to reporters at Heathrow airport last night before boarding a flight, Khan is reported to have said: ‘I am going to Pakistan to share good news about my marriage with the nation. I have nothing to hide.’ – Daily Mail
Reham Khan, divorced and a mother of three, was associated with BBC and is now anchoring a show at a news channel in Pakistan while Khan was married to Jemima Goldsmith in 1995 and got divorced in 2004.
According to the news agency, it is believed that family members and those in his political party tried talking him out of the marriage.
at 12:03:00 PM