Most Searched Team during world cup 2015

Pakistan Cricket Team is the most searched team during world Cup 2015 on internet according to the Tenspports
Pakistan have topped the chart of most searched teams playing in the ongoing ICC World Cup, a latest study by global online giant Google said. 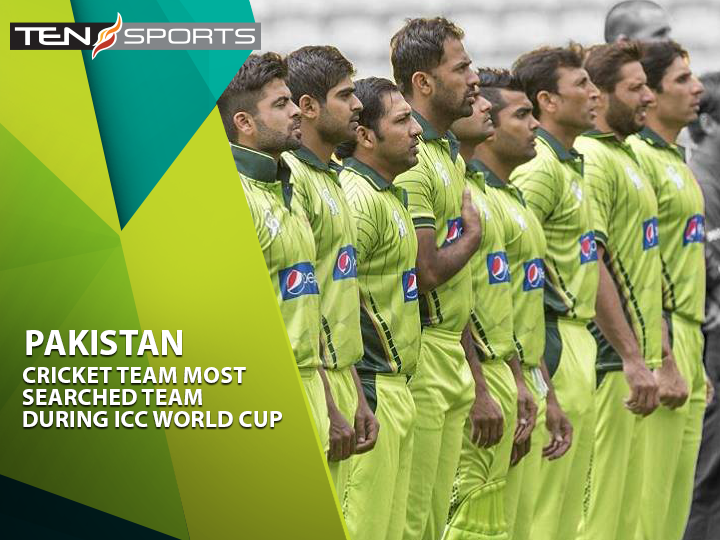 The study said that despite two humiliating defeats against India and the West Indies, Pakistan team continued to dominate search influence and remained the most searched team in the tournament.

Pakistan are closely followed by India, West Indies, England and Australia as the other most searched teams in Google search. The analysis of online trends shows that among the minnows, Afghanistan lead in global search interest and are followed by Bangladesh, Ireland and United Arab Emirates.

Indian fans searched online for the exact height of Pakistan pacer Mohammad Irfan and globally fans searched for information around James Taylor's height.
Remember that Pakistanis are also toping sex searching on the google
at 11:54:00 AM