TIMERGARA: PML-N, Lower Dir, on Thursday demanded of the federal government to take notice of the problems being faced by people of Dir.
A group of party workers led by Samiullah Khatir told media persons here that a former senator had been politicising distribution of Sui gas in the district.
The Pakistan Muslim League-Nawaz workers demanded of Amir Muqam, adviser to the prime minister, to help set up the regional office of the Sui gas in Timergara in order to facilitate the local consumers.
They said that Mr Muqam should monitor the progress of ongoing projects of federal government in the area. They expressed anger at the slow pace of work on Talash-Timergara road and said that the delay in its construction had been creating problems for the people.

Mr Khatir said that they would soon meet various federal ministers and apprise them of the problems being faced by people. He said that the problem of frequent power outages and low voltage should be resolved on priority. 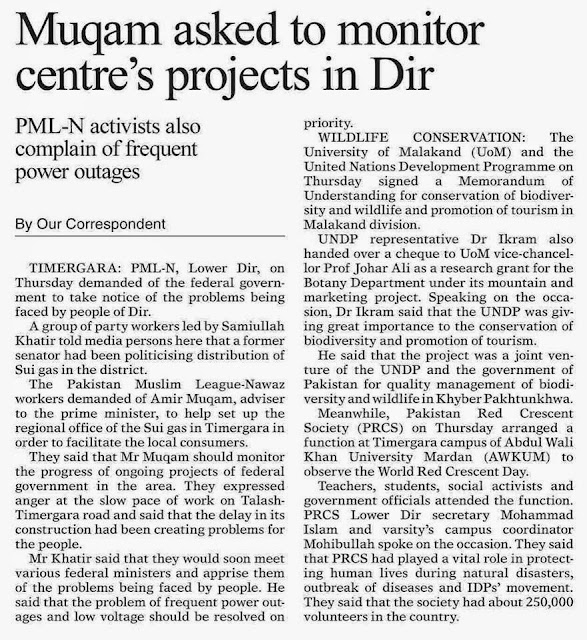