You want to connect your friends on face book and skpye while you are in bus To Lahoor From Peshawar.
You wish to watch live cricket match between Pakistan and India on your  Smart phone when you are on your way to college or workshop and office.
You desire you download new Indian movie in one or two minutes as you don,t have enough time to wait for hours and then electricity goes off and your downloading remains not completed.
All these will be realized now when Pakistan Mobile Service Provider will be offering 3G and 4G broadband internet on your smartphone with affordable charges. 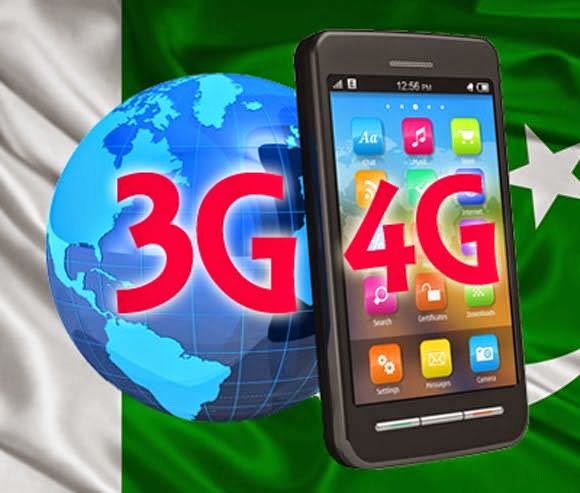 Live Updates,
The PTA official says that the auction may extent till tomorrow or even after tomorrow. Till now the total bid by different services providers offered 896.8 million dollars. 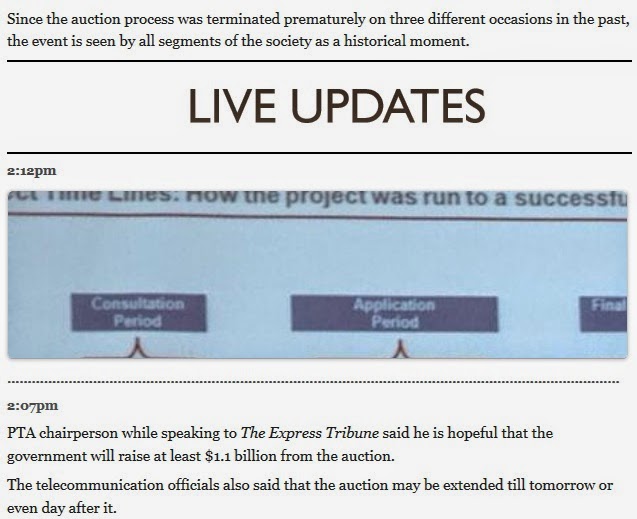 Interestingly Radio Pakistan on its twitter account reported that the successful introduction and implementation  of 3G and 4G spectrum would create more than 900,000 jobs in telecom sector of the country.


Live updates.
2nd phase of the auction is also complete for three G and Four G in Pakistan.
The result can be viewed right below in a image taken from PTA. 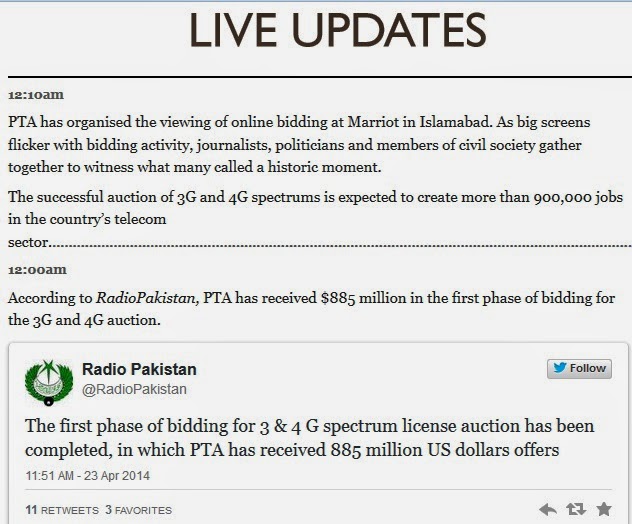 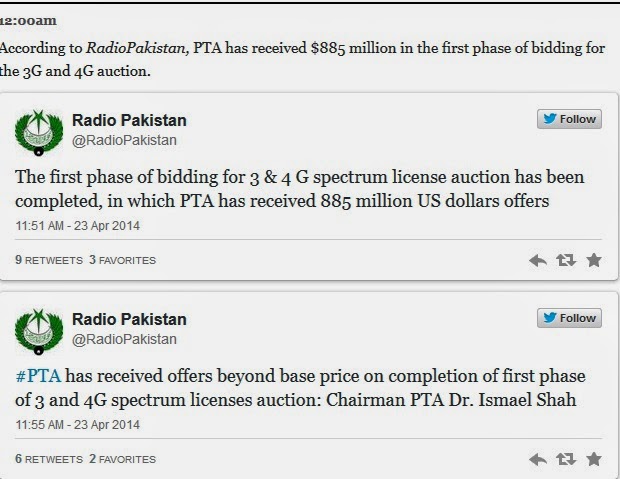 Lets see who bids more and get the right to govern Pakistan broadband world of internet. Pakistanis expressing their happiness and excitement on social media sites for threeG and FourG.
National treasure will have billions dollars annually and jobs will be increased for talented youth and the world of knowledge will be explored in lesser time than ever in Pakistan. 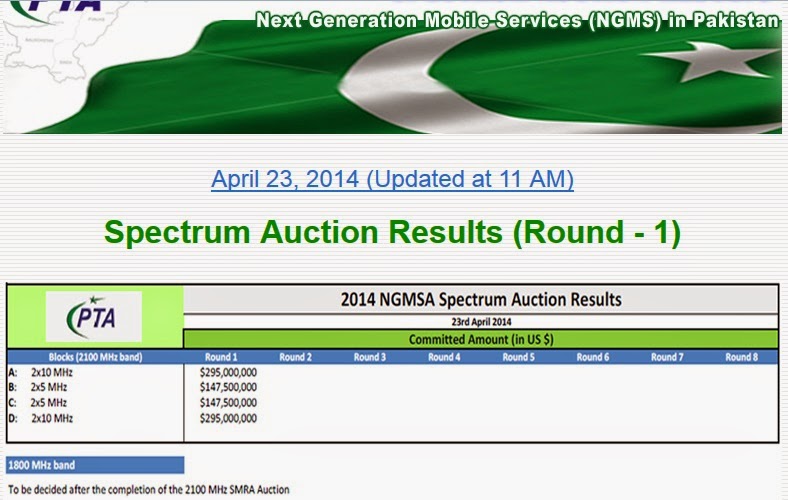 To keep the process transparent PTA has decided to do the process web based online which does not need physical presence of bidders or mobile services providers interested in getting license.
The auction was delayed thrice during last four year.
"All the four existing telecom companies who had submitted bids 3G and 4G spectrum licences had qualified for the auction.
After scrutiny of submitted bids, China Mobile (Zong), PTML (UFone), Mobilink and Telenor Pakistan qualified for the bidding. Warid, the fifth local telecom operator, did not participate in the bidding process".
Warid is not taking part in the auction which is surprising for Warid users all around the country and the Warid customers are expressing their sentiments of disappointment on Twitter. Here is a glimpse 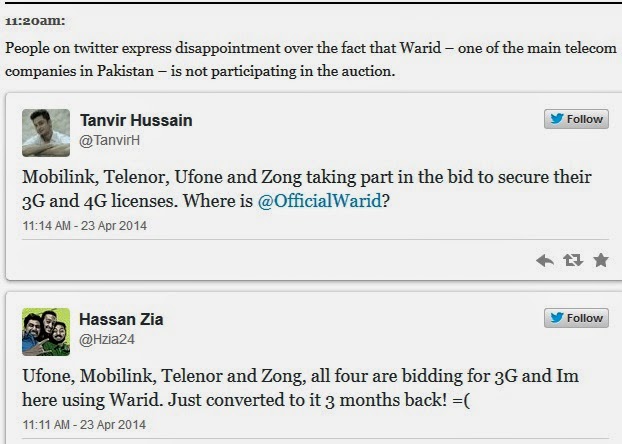 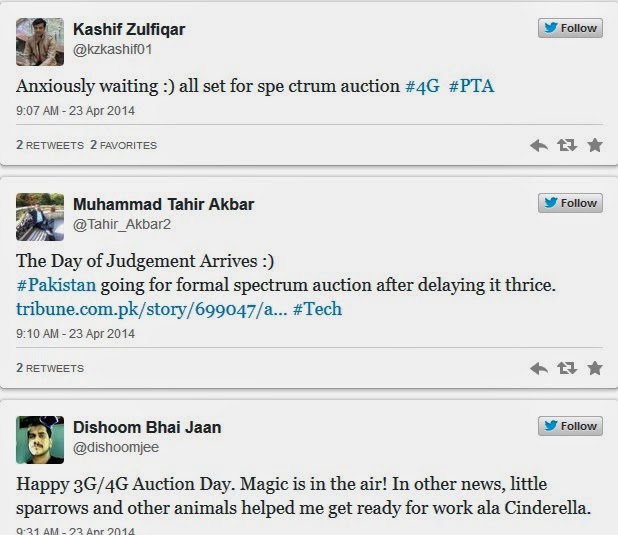 Be with Pashto Times to have live updates about 3G and 4G auction in Islamabad, Pakistan.
Thanks for visiting Pashto Times.
at 10:59:00 AM