Mollana Makhfi Mehmoood Adabi Award held in Timergara Dir Lower today and Pashto Mushaira is going on now.
Professor Abasin Yousafzai is the chief Guest. Muhammad Islam Armani, Iqbal Shakir, Zubair Hasrat beside 50 other prominent Pashto Poets from Khyber PasKhtoon khwa are participating to recite their poetry.
Makhfi Baba was reformist and Pashto Poet lived as a teacher and reformer in Dir princely state when there was no one to dare to educated the masses as Nawabi Dir was opposed to exposure and education.
Here are some photos of the events snapped by Meraj Gul Shehper and Samiullah Khatir For Pashto Times valued viewers and lovers of Pashto Poetry and are uploaded directly from the venue of the event. 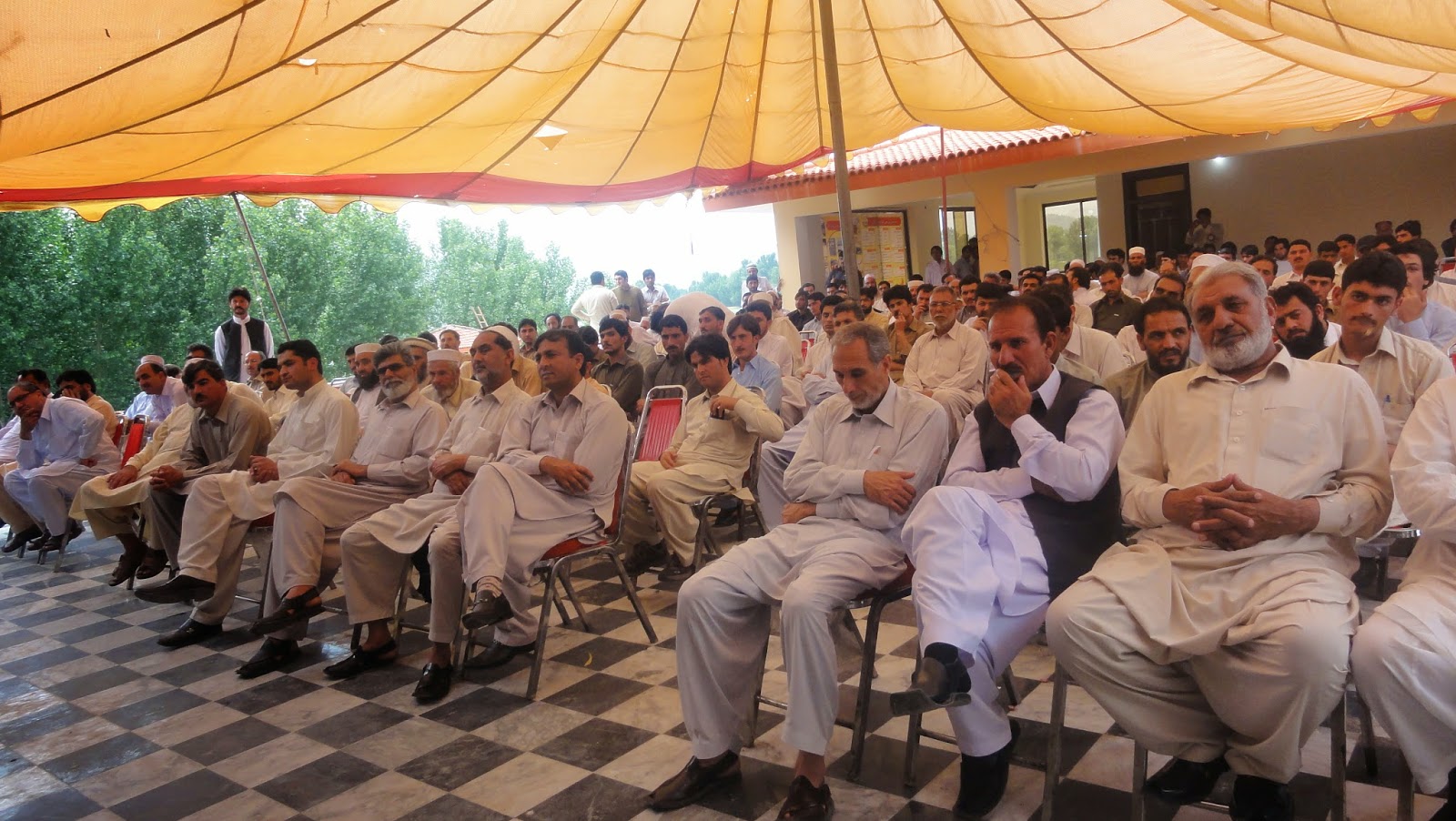 Kifyat Yar Bukhari, Abdullah Abid are seen in the Mushaira and Award Function being held in Timergara. 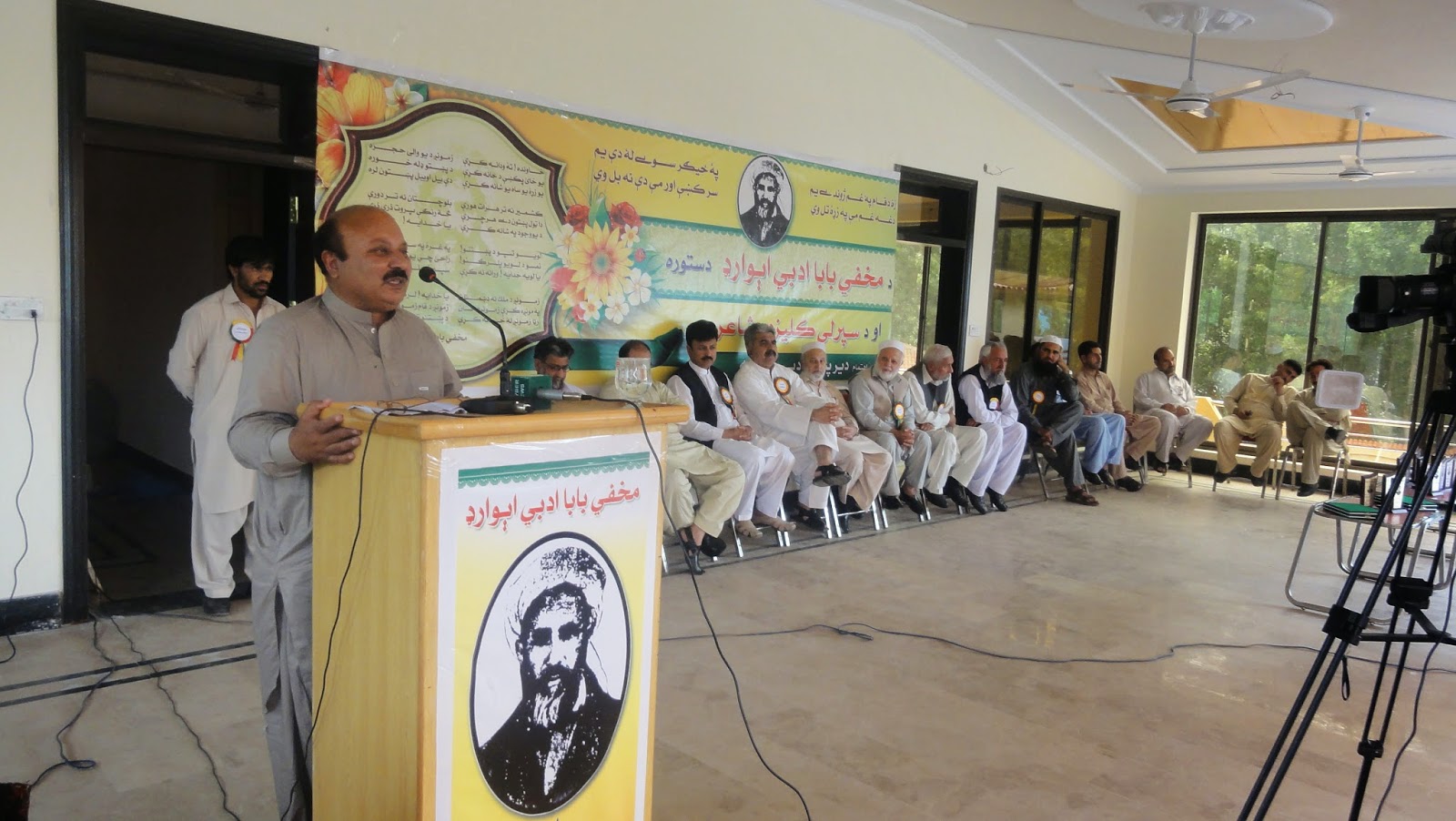 A speaker in the event Speaking about the life and work of Mullana Makhfi Mehmood as educationist. 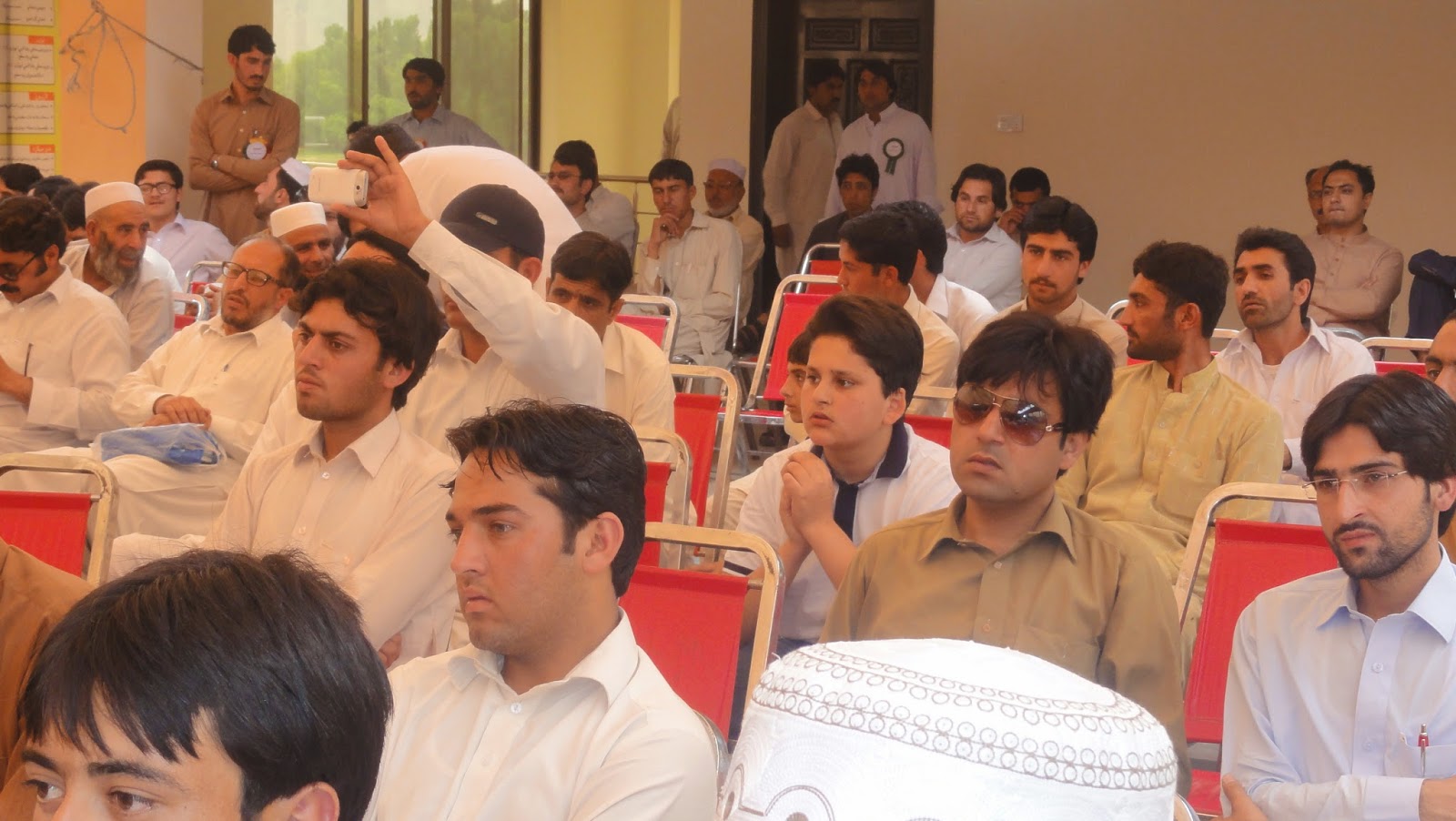 The Audience from age group showing great interest to know about the life of Makhfi Mehnood Baba. 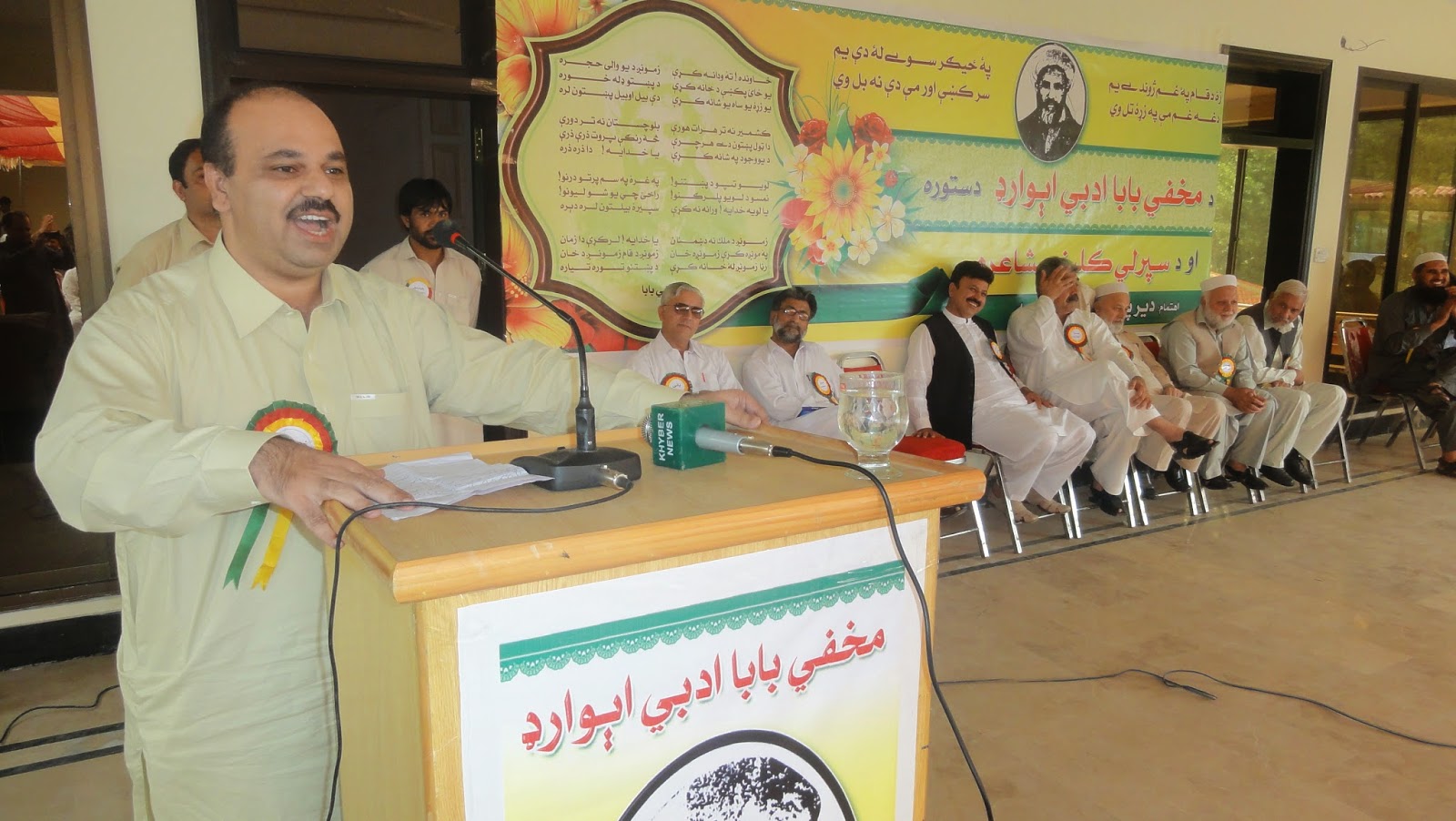 The grandson of Makhfi Baba RemindsMakhfi as good human being. 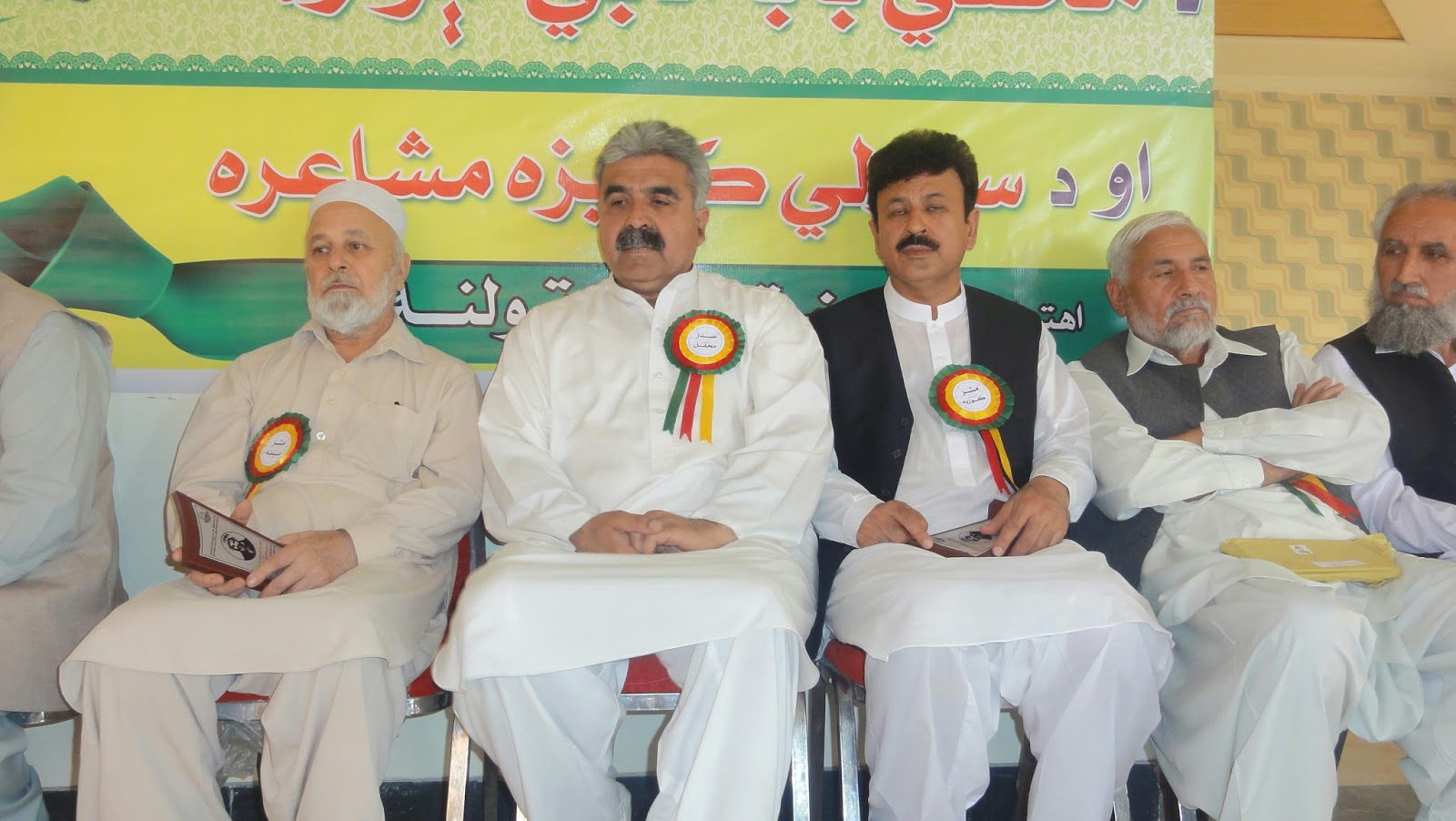 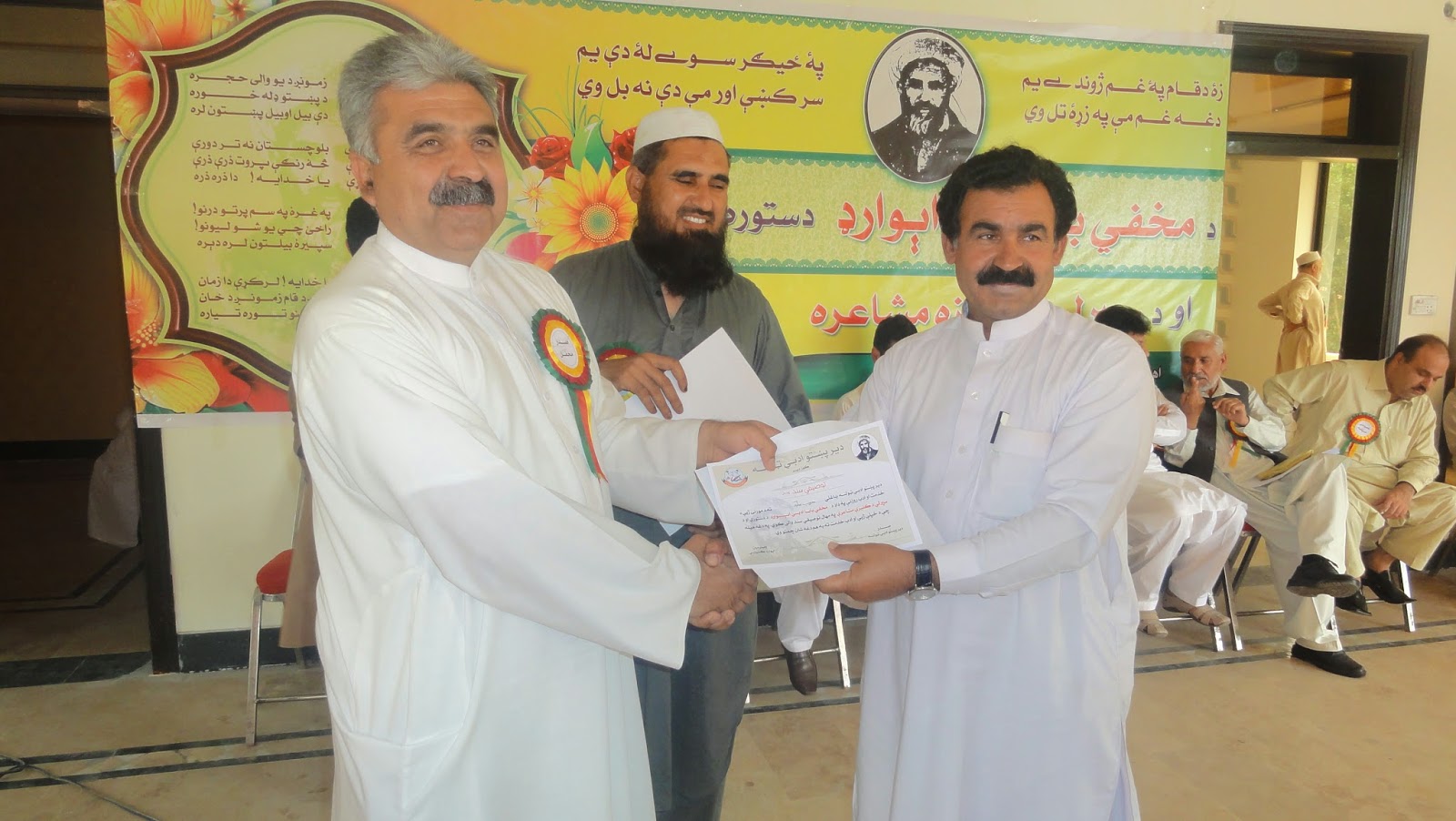 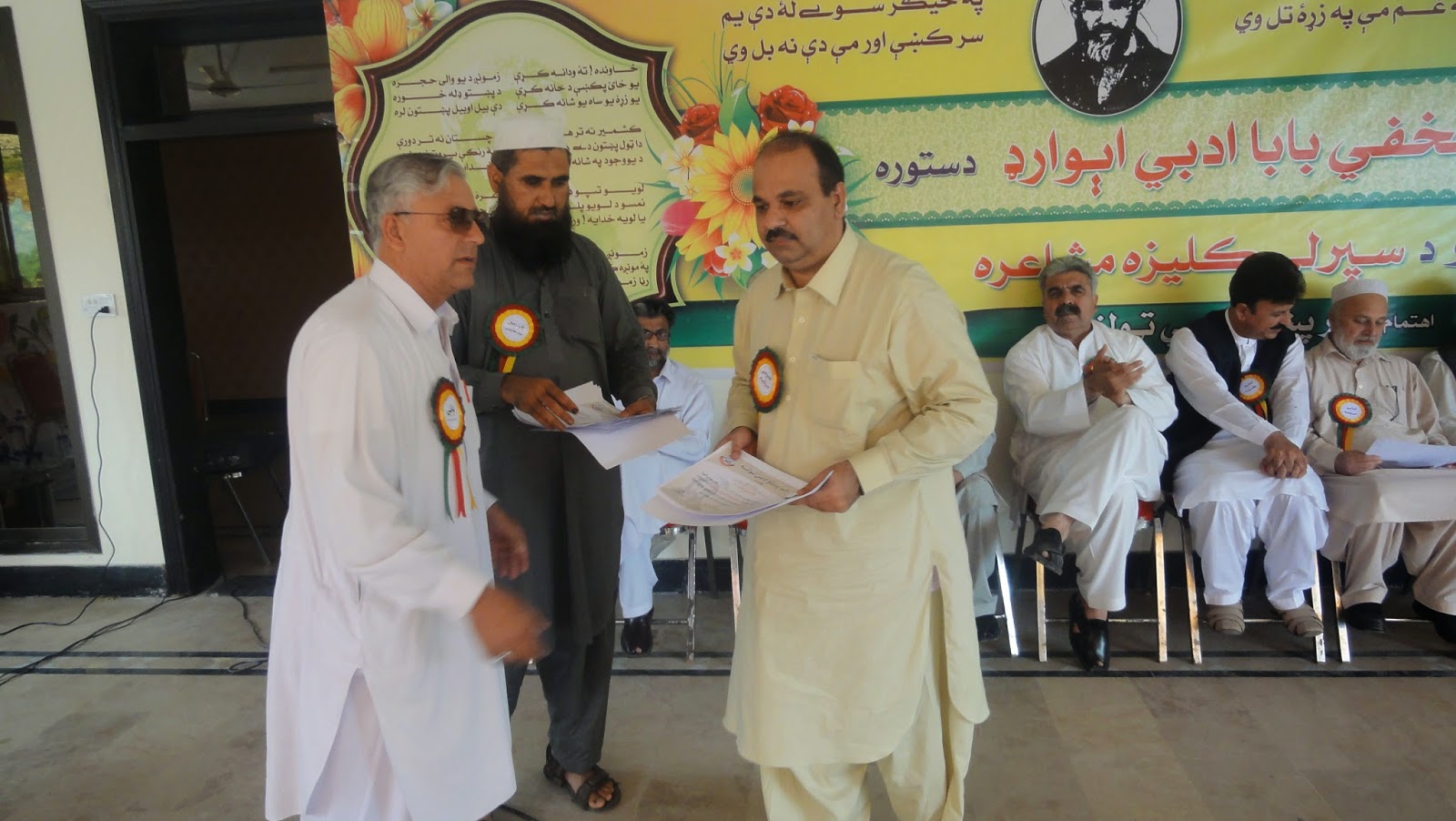 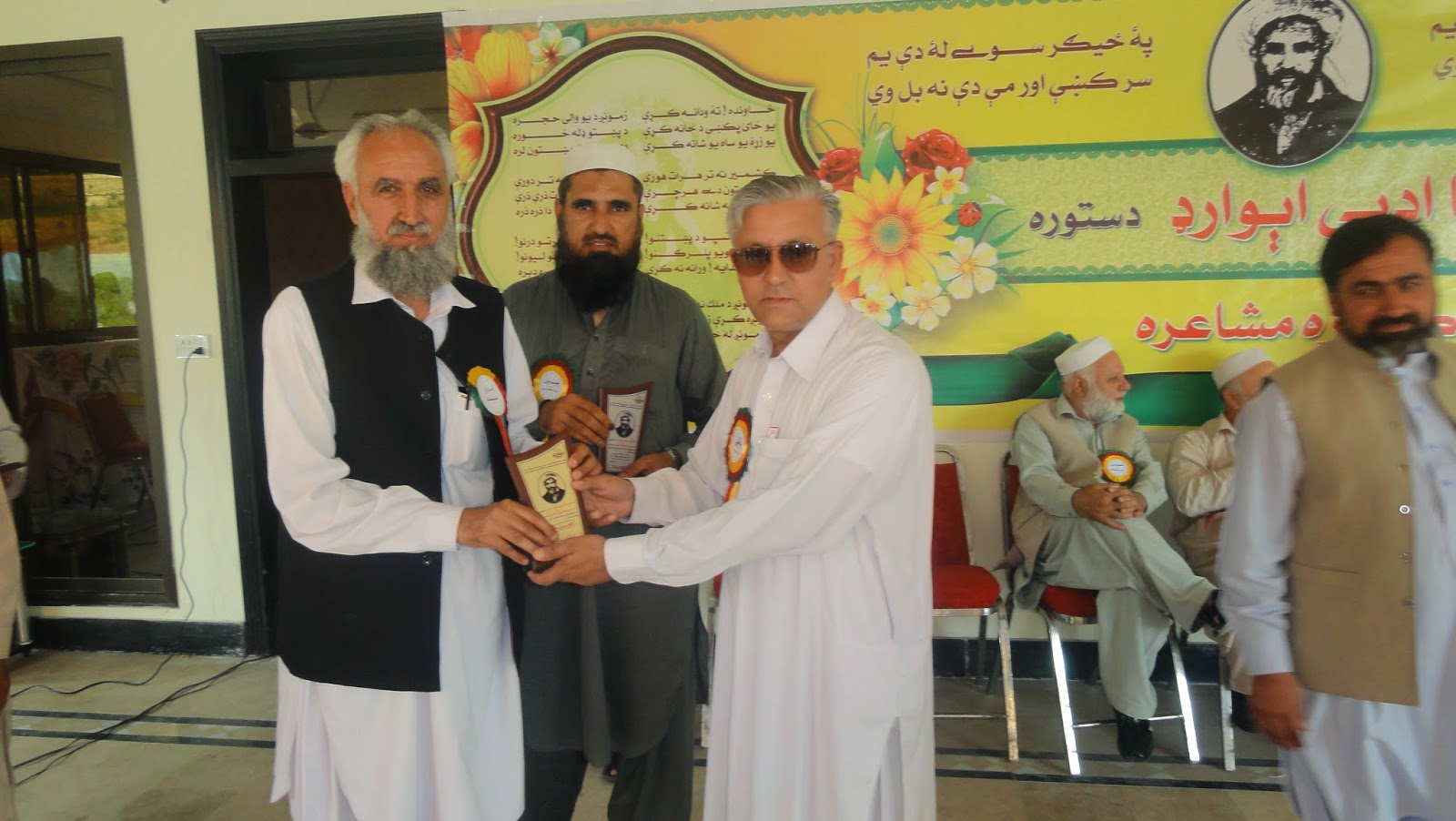