On social media some of the sites ill informed their veiewers about Pashto Singer Gul Panraa life and death yet it is confirmed now that she is live and safe.


On google Pakistan the most searched terms from KPK, Baluchistan and Afghanistan are News about Gul Panra death, Gul Panra.com, www.gulpanrra.com, Gul Panrra killed in Peshawar, is really Gull Panrra killed or dead ???, these searched terms show the interest level of Pashto Internet Users in Pashto Musicians and particularly in Gul Panraa who has a great numbers of fans in Pashtoo Music lovers clubs.


15 Hours ago on a social media well known and well viewed page Pashto Entertainment the below post was published and shared by viewers and users with out confirmation which caused the GULL Panrra lovers disturbed and worried that is dead.
Pashto Times sources have been informed by Gul Panrra's personal sectary that she is not dead, she is alive, safe and sound and working on her new album.
The post about Gull Panra Death is shared here for your information which is fake and fabricated. 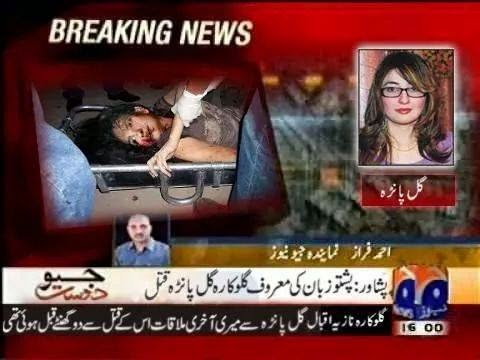 Thanks for visiting Pashto Times.

Here are some of the famous and most viewed songs of Gul Panra. Be With Pashto Times. 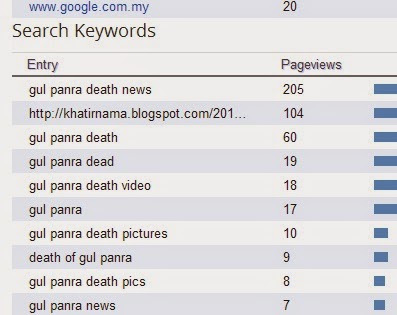 More of the Gul Panra Hit Pashto Songs will be linked and loaded in coming days, so please visit time and again the one and only Pashto Times.