The Pleasure of Urdu Cricket Commentary, An Article by Samir Chopra.

The blog was originally published on Cricinfo and reproduced by Pashto Times. Radio Pakistan and All India Radio are still listened even today for interesting Urdu/Hindi Cricket Commentary.  After A long Radio Pakistan once again resumed its live Cricket Commentary in Urdu on world Cup 2015 and all the matches are broadcasted live which attracts a lot of listeners specially in public transport and working class don,t access to TV during working hours.
Radio Cricket Commentary is listened by students in Hostels, patients in hospitals and driver on long roads which make the publishers still compelled to invest in radio commentary and that,s why Radio Pakistan attracts a lot of multinational companies to sponsor its transmission specially for world cup. 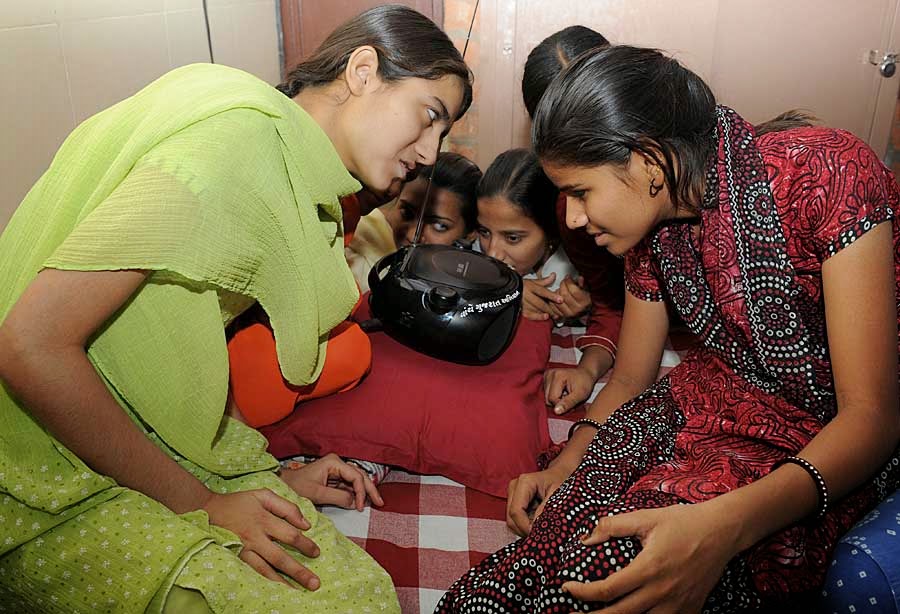 On February 20, 1985, I was feeling a little cross during my usual long bus ride home after classes at the university. India were playing Pakistan in a one-day international game in Australia, and not only was there no live telecast, there was also no radio commentary.
However, by the time I returned home my mood had changed. Commentary was on from an unexpected source: Radio Pakistan. All India Radio, unable to send a team of their own to cover the games, had decided to start relaying commentary available from across the border.

Pakistan's innings was over, for a less-than-stellar 183, but in response, three Indian wickets had already fallen, all of them to Imran Khan. As Sunil Gavaskar and Mohammad Azharuddin put together what would prove to be a match-winning partnership of 132, their feats were described to us in a familiar lingua franca: the seemingly highfalutin Urdu of Radio Pakistan's commentators. And there was no English commentary; it was Urdu all the way.
We all "understood" Urdu because we spoke it. Or at least we spoke that hybrid language that many Indians and Pakistanis speak, its vocabulary influenced equally by Persian and Sanskrit.
But we also knew that at opposite ends of this linguistic spectrum, at the extreme points occupied by Radio Pakistan and All India Radio, were the official languages of the governments of India and Pakistan, the languages of poets, artists, and writers, two entities termed "Hindi" and "Urdu".
The former was heavily Sanskritised, the latter heavily Persianised. Very few of us spoke chaste Hindi; it made us giggle. As did the chaste Urdu we heard in old Bollywood movies, in readings of poets from Lucknow, in news bulletins from Radio Pakistan and Pakistan Television.
Urdu seemed to us impossibly courtly, full of graces and airs, meant for conveying courtesies and conducting mannered interactions, perhaps between nawab and courtier, between lovers exchanging declarations of undying love. To hear it used to describe cricket was still a novelty. We had heard news broadcasts in Urdu before; All India Radio still carried them in the 1980s. We had even heard cricket commentary in Urdu before, but the televised variety - during India's 1978 and 1982-83 tours of Pakistan - had been less chaste than the radio version we were now listening to.
That evening, and the next day at university, during the inevitable celebratory post-match discussions, there was talk, too, of the new words we had heard, of how quaint it had seemed for familiar cricketing situations described in such high-flown Urdu.
Imagine: the language of Mughal-e-Azam used to describe mid-pitch discussions and field-placings, the language of the poets used to describe a beautiful shot. We repeated our favourite lines, declaiming them with as much solemnity, stateliness and style as we could muster.
We all agreed that, thanks to context, we had learned new words: asharya apparently meant decimal point, as in: "the run rate is four asharya two"); sifar meant zero, as in: "Vengsarkar was dismissed first ball for sifar." (We figured out later that this word was the same as "cipher".) Who would have imagined it, having our vocabulary expanded by a cricket broadcast?
Because we had been listening to radio commentary with no accompanying images, we had an interesting new world made available to us: a game played many thousands of miles away, in a city called Melbourne, between India and Pakistan, described in a language that we associated with a host of other images drawn from history, the movies, and many of the arts. It was a singular experience and, as my writing here shows, an unforgettable one.