Afridi will be given golden crown as Award.

Pakistan cricket Team Senior player and hero of Sher Bangla Cricket Stadium Mir Pur against India in one day international match of Asia cup where he played 35 runs not out inning and led to win for Pakistan.
Traders Union of Sahiwal announced a golden crown to be awarded to Shahid Khan Afridi for his inning against India while Federal minister Abass Afridi will be awarding him 500,000 PKR as cash award.

Building tycoon Malak Riaz has already announced a plot in Behria Town for Shahid Afridi as commendation for his wining performance in Asia cup match against India. 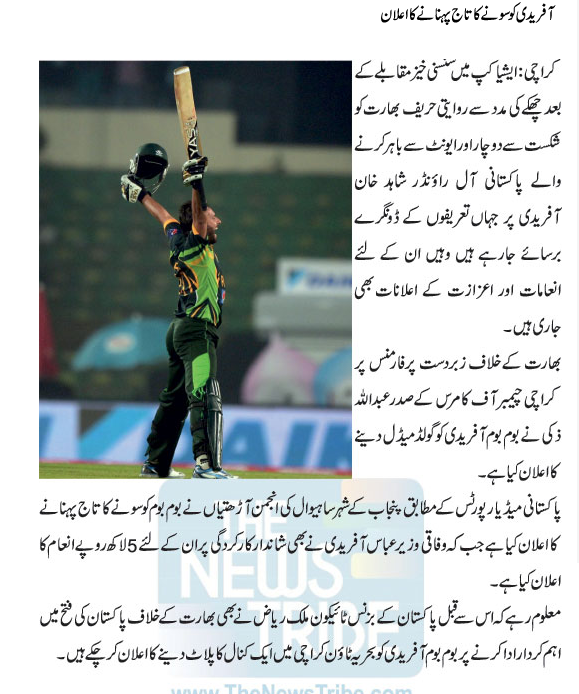