Attention should be drawn of PM to the worst conditions of Timergara Chakdara Road.

PML N lower Dir Leader, social worker and RJ Samiullah khatir demanded the provincial and federal government authorities to to draw their attention to the miserable and worst conditions of the Timergara and Chakdara road as the worst conditions of the road suffer students, travels and effect the tourism in the area.
In a press conference of the PML N lower Dir Lower called Prime Minister Of Pakistan Mian Muhammad Nawaz Sharif to allocate special funds to Chakdara To Timergara Road repaid. The road is linking Dir lower, Dir Upper, Chitral and Bajour Agency to the rest of the world. 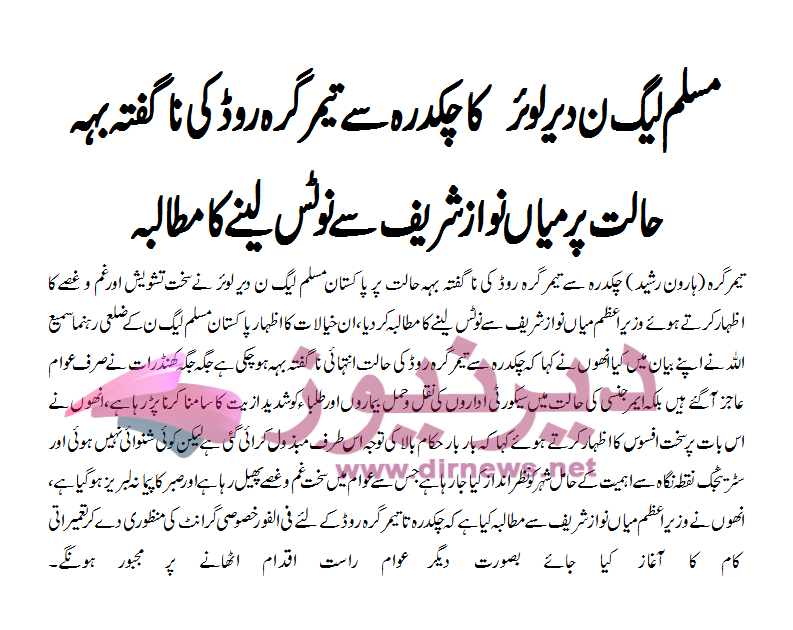 Political leaders of different parties were asked and demanded for several times to do for the caused but the situation remains the same which causes the people of the area angrier day by day. He asked the PM to release a special grant for Timergara Chakdara road.
at 4:10:00 PM